This is the third post in an ongoing project to unpack Robert Mckee’s new book, Storynomics: Story-Driven Marketing in a Post Advertising World. The 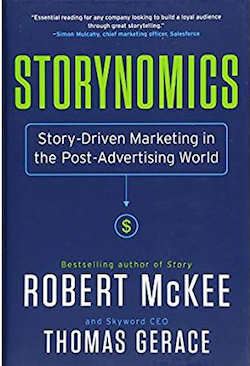 In previous posts, we’ve talked about how rational based communications, are really just rhetoric, and emotional communications, have veered into manipulation of consumers, playing on fear and envy. Which is part of the reason why marketing and advertising are in such dire straits. We’ve also touched on the elements of a story– action, reaction. changing value charges, roles, conflict, turning points, emotional dynamics.

So let’s look into Chapter Three; The Evolution of Story. As you might expect from McKee, he structures some of this material in the form of a three act drama.

Excerpt:
“…a three-act adventure that begins with the birth of consciousness. It builds as the mind battles for survival, and climaxes with the triumph of storified thought.’

Consciousness is kind of the inciting incident here. The moment when everything changes and the protagonist is thrown into a whole new world, which in this case is being self-aware.

“We tell ourselves stories in order to live.” ~ Joan Didion

ACT I: THE FIRST HUMAN THOUGHT

Excerpt:
The silent awareness of “Me” suddenly transformed a brain into a mind and turned an animal human. Animals react to the objects around them, but the human brain turned itself into an object. Consciousness, in effect, split itself in two.

When self-awareness invaded the first human mind, it brought with it a sudden, sharp sense of isolation. The cost of self-consciousness is a life spent essentially alone, at a distance from all other living creatures, even your fellow human creatures. With that first, primordial I am, moment, the mind felt not only alone but also in terror. For self-awareness brought another, even more frightening discovery, unique to humanity. time. The first human being suddenly found herself alone and adrift on the river of time.

“…What’s more, the mind discovered that not only is the future in doubt, but the surfaces of people and things cannot be trusted; that nothing is what it seems. What seems is the sensory veneer of what we see, what we hear, what people say, what people do. What is hides beneath what seems. For truth is not what happens, but how and why what happens happens. With neither science nor religion to explain life’s unseen causalities, the suddenly self-aware mind must have roiled in confusion as chaos, enigma, meaninglessness, and brevity made life unlivable. The mind had to find a way to make sense out of existence.

Two pages in we get going…

Excerpt:
Because a well-told story wraps its telling around emotionally charged values, its meaning becomes marked in our memory.

Excerpt:
The form of story, at its simplest goes like this: As the telling opens, the central character’s life, as expressed in its core value (happiness/sadness, for example) is in relative balance. But then something happens that upsets this balance and decisively changes the core value’s charge one way or the other. He could for example, fall in love, (positive) or out of love (negative). The character then acts to restore life’s balance, and from that moment on a sequence of events, linked by cause and effect moves through time, progressively and dynamically swinging the core value back and forth from positive to negative, negative to positive. At climax, the story’s final event changes the core value’s charge absolutely and the character’s life returns to balance. 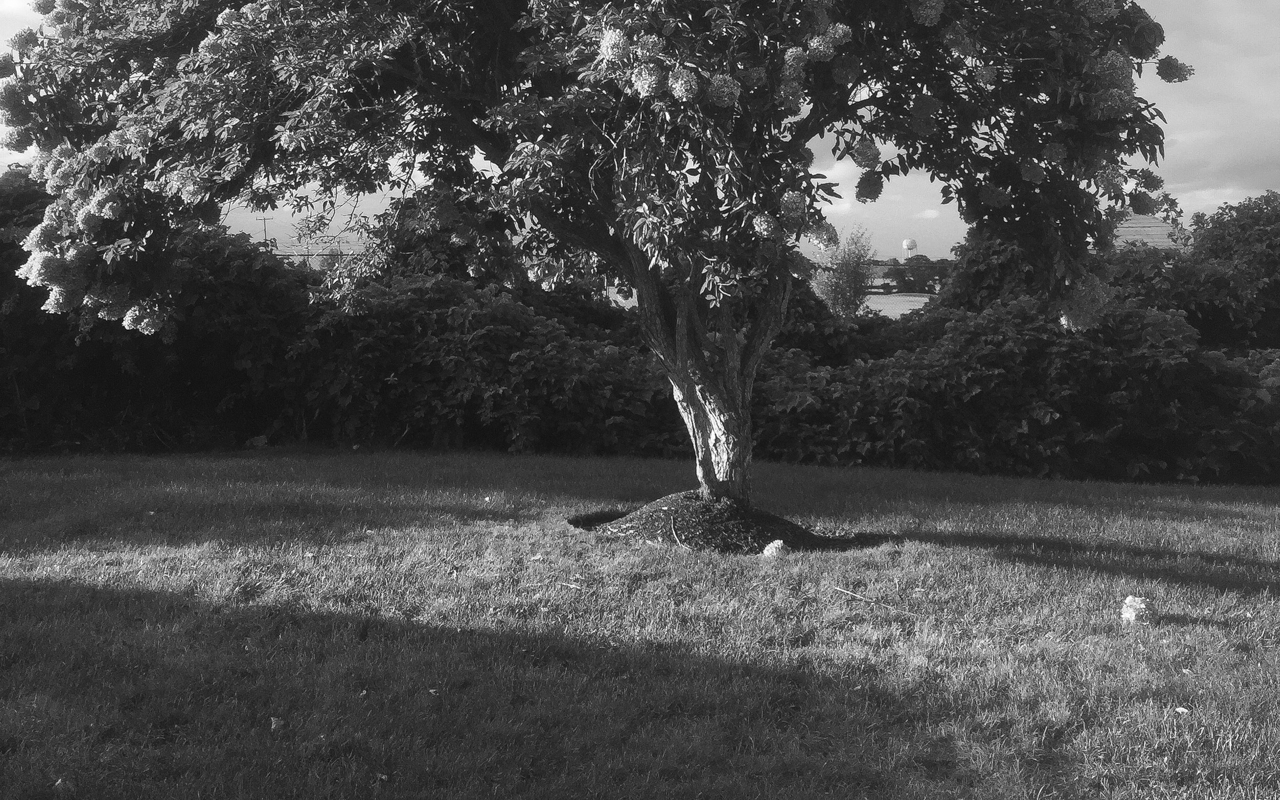 In our last post, we talked a little about rational communication, rhetoric, and, emotional communication, and what constitutes the current problem. No one believes marketing and/or advertising anymore. The remedy, per Robert McKee and Thomas Gerace, in Storynomics: Story-Driven Marketing in a Post-Advertising World, is story.

Excerpt from McKee:
A well-told story captures our attention, holds us in suspense, and pays off with a meaningful emotional experience. Emotional because we empathize with its characters; meaningful because the actions of our protagonist deliver insights into human nature. The word itself, story, confuses many marketers. Some, for example, use the words content and story as if they were interchangeable. As as we’ll discover, that’s like conflating paint in a can with a masterpiece on a wall.”

The other, frequent point of confusion, is between story and narrative. There are key distinctions. Hugely important differences. Of which more, later.

Here we go, this bit is where our book gets in gear and begins to really move.

McKee excerpt: In short, story is the ultimate I.T. I in that storytelling demands information–a wide and deep knowledge of human nature and its relationship with the social and physical realms. T in that a well-told story demands skillful execution of its inner technology, its mechanism of action / reaction, changing value charges, roles, conflicts, turning points, emotional dynamics, and much more. A craft underpins the art.

Storify is the word that McKee and Gerace give us to describe marketing that encompasses story structure. You got to storify it!

Here is where we begin to see some clarity around what defines a story. Story involves just what has been said above. Action, reaction. Changing value charges. Roles. Conflict. Turning points. Emotional dynamics. None of which apply to narrative.

“After nourishment, shelter and companionship, stories are the thing we need most in the world.” Philip Pullman

For me, the interesting idea running through this approach to marketing is how to apply it. Where and how can you apply a storytelling structure in your business communications? What specific pieces of content can you storify? If we’re talking about content marketing which underlies all this due to Thomas Gerace’ role at Skyword, then there are numerous avenues to work with. Customer stories, also known as case studies, are prime territory. Ads can certainly fit that bill. Corporate history can definitely be storified.

I wonder? Can you storify home page content? Can you hook a reader on the home page with a brief story, maybe as brief as six words? Ten? Stay tuned for post number three coming your way soon. Should be good, ‘The Evolution of Story’ is chapter three.

This is the maiden voyage of a series of blog posts about storytelling in marketing. First up is Robert McKee’s new book on storytelling for business, Storynomics: Story-Driven Marketing in a Post-Advertising World. If you don’t know McKee, he is longtime screenwriting guru whose name is linked to a truckload of award-winning films over the past several decades. He’s an astute observer, a precise writer, and is wicked knowledgeable about how stories are put together, what constitutes a story and now, how the business world can put stories to work. The number one reason this book is important is trust. No one believes marketing anymore.

I’ll mark specific passages of the book with Excerpt and I’ll indent so you know where I’m pulling from the text.

Excerpt from McKee:
THE TWO TYPES OF MARKETING DECEPTION
Historically, marketers have driven sales through two types of pretense, one rational and the other emotional.

1. Rational Communication
Classical marketing theory asserts this premise: Human beings are rational decision makers who, when faced with an important choice, gather relevant facts, weight alternatives, then choose the best option. Therefore, to persuade consumers, present your claims in a factual, logical, scientific manner. That’s the theory. In reality, what advertising passes off as logic, is in fact, rhetoric. Science seeks the truth, rhetoric seeks the win. Now more than ever, marketing via rhetorical argument provokes skepticism in the mind of the customer and a negative attitude toward your product or service.

McKee excerpt:
2. Emotional Communication
“At the heart of an effective creative philosophy is the belief that nothing is so powerful as an insight into human nature, what compulsions drive a man, what instincts dominate his action, even though this language so often camouflages what motivates him.”  ~ Bill Bernbach.

One of the ideas that emerges in this section speaks to Bernbach’s approach to clients. He didn’t talk about advertising but the art of persuasion. ‘Ads needed to touch people’s basic, unchanging instincts — their obsessive drive to survive, to be admired, to succeed, to love, to take care of their own.’

We all know this, we’ve all lived with it, and worked with, and even succumbed to these ideas. The curious thing about all this is there’s a deeper thing going on. That thing says, Paul Bloom, professor of psychology and behavioral science at Yale, in his book How Pleasure Works is this: ‘What matters most is not the world as it appears to our senses. Rather, the enjoyment (or suffering) we get from something derives from what we think that thing is.’ What follows are citations from research and various experiments that demonstrate that our reactions are lashed to the mast of our beliefs. If we believe we’re drinking more expensive wine, we like it more. It works for pleasure and for pain.

The problem is that this sort messaging infrastructure, toying with people’s emotions, is manipulative and is a good part of the reason why advertising and marketing are in so much trouble.

Stay tuned for the next post. Thanks for reading.